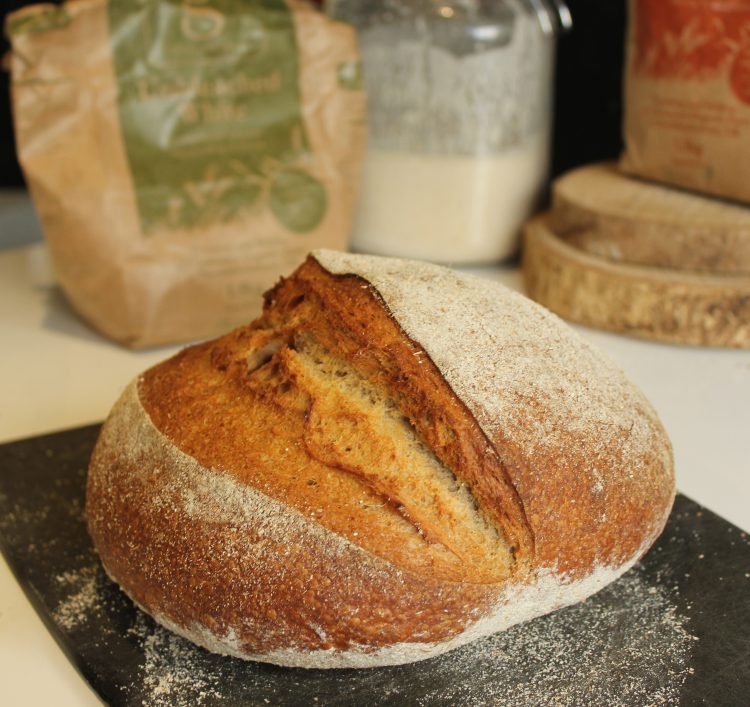 The, quite wet, starter (Herman) will be be kept at around 300g in the fridge (roughly 185ml water and 115g flour). You will remove it, feed it, and bake with it, when needed, but it will only need a feed perhaps once a week so it wont take over your life.

When you want to bake with it/feed it, remove it from the fridge and whisk in 250ml water and 150g flour.

Leave at room temp for an hour or two to allow it to start fermenting, then put 300g of the mixture back in the fridge, leaving 400g left to bake with.

Allow the remaining mixture to become nice and lively at room temp. The time for this to happen depends on temp of your room and the type of flour you are using, but likely a few hours or over night.

At this stage, make the final bread dough by adding 300g flour, knead well, form into a tight dome, dust well with flour, and put in a bowl covered with cling film to ‘prove’. For maximum flavour and good consistency, do this in the fridge for 24 hours, but room temp is fine for quicker bread.

In the morning, or whenever it has doubled, knock the air out, re-shape to the final shape you want and leave at room temp for the final rise – until doubled in size. Slightly under risen is much better than over-risen. I use a bowl to help it keep a nice round shape, but line it with baking parchment so it easy to take out when it is time to bake. With a banneton there is more risk of knocking air out when you turn it out before baking so I dont see the point.

Slash (confidently but carefully) with a razor to about 1cm depth – just off to one side of the loaf to create an ‘ear’ as shown in the top photo, or multiple other ways such as the image below.